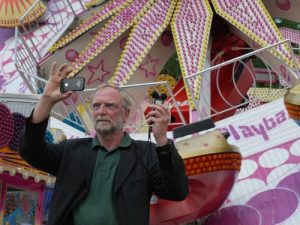 The media research of the iSchool for Media and Information continues the research tradition of the Institute for Media Research (IfM), which has arose in the year 2001 from the (precursor) institute LUMIS. Based on the research of the fundamentals of media and communication studies within the scope of single projects, supported by the DFG (German Research Association), the participation in the DFG research college â€œMedienumbrÃ¼cheâ€ (media upheavals) and in the DFG priority program â€œMediatisierte Weltenâ€ (mediatized worlds), the Institute for Media Research has considerably expanded its profile towards applied and praxeological research. Striking examples for this are numerous projects in cooperation with regional and national commercial enterprises (e.g. T-Sytems, RWE), in particular however the participation in the security research of the federal government: The IfM-projects â€œSiKommâ€, â€œInfostromâ€, â€œBaSiGoâ€ and â€œKOKOSâ€ as well as the project â€žFeuerwEhrensacheâ€œ led by the Ministry of the Interior and Municipal Affairs in NRW, have all been supported by the Federal Ministry of Research and Education (BMBF).Â The so-called new media like the internet, mobile, social and smart media have considerably gained importance compared to the classic media (print, radio, TV) within the work on these projects.Â Due to the interdisciplinary applied and development research in the last years, especially in the field of the new information and communication technologies, scientific-theoretical and methodological deficits have emerged â€“ a problem which will be more and more in the focus of attention in the next years. The interface of media studies, computer sciences, sociology and engineering sciences needs a manner of research that â€“ besides the classical analytic tasks of describing, explaining and understanding reality â€“ combines scientific claims with their shape. According to a scientific-philosophical foundation both beyond the two cultures in the sense of C.P. Snow, hence beyond the scientific-technical and the humanistic-literary rationalities and, moreover, beyond the classical separation between theory and practice.